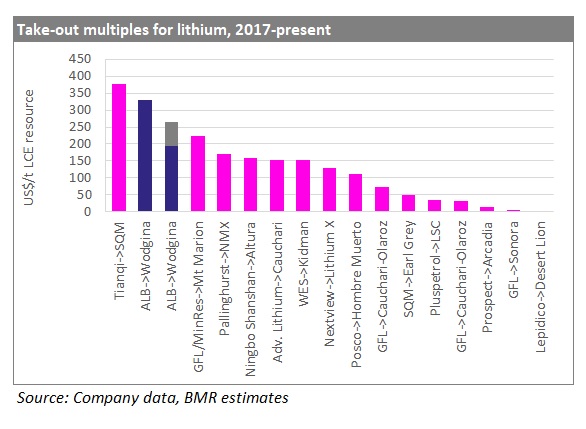 MinRes/Albemarle Wodgina deal gets a re-work

Mineral Resources (ASX:MIN) reported that it had re-worked its deal with Albemarle (NYSE:ALB) over the Wodgina project. Under the old deal announced in November, ALB would pay US$1.15bn for a 50% stake in Wodgina and MinRes would use the bulk of that money to build a 100Ktpa lithium hydroxide plant. Under the new deal ALB will pay US$820m in cash for a 60% stake in Wodgina, the 100Ktpa plant is on hold and ALB will cede a 40% stake in its Kemerton hydroxide plant (which will be fully-funded by ALB) to MinRes. While, on the face of it, this looks...